The Jewel Hidden Away in Joco

Lake Chapala is México’s largest lake. Located in the state of Jalisco, it lies one mile above sea level in the mountains about 40 minutes south of Guadalajara.

The School for Special Children can be found in the town of Jocotepec at the western end of the lake and draws its students from the communities surrounding it, from Tuxcueca on the south shore around almost to Ocotlán on the north. 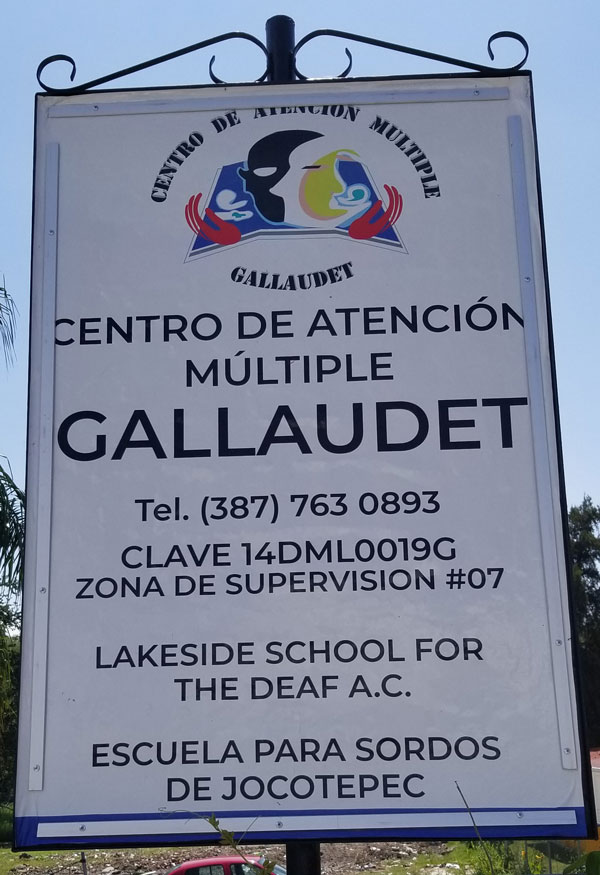 Check out the School!

When you make the turn down the street that the school is on, you just might think that you’ve taken a wrong turn. Not much to see. Looks like a dead end into a field. But take the time to check it out. It is beautiful, large, and filled with joy. Go down the path and through the gate. Check in at the office and get a tour of the facilities. You have your spirits lifted by the children’s smiles and the dedication of the staff. Celebrating 40 Years of History at the School for Special Children

Lakeside School for the Deaf in Jocotopec was begun in 1979 by Jackie Hartley and Roma Jones. The women discovered Jocotopec when they got lost in the mountains while touring México. Jackie immediately rented a house and began to paint, while Roma returned to Alberta to sell out and pack up. While painting in the Plaza, Jackie noticed a small boy following her. Whenever she turned to him he would give a shy smile, but never speak. Men in the Plaza explained that eight-year old Rogelio was deaf. Both Jackie and Roma were retired teachers and asked his parents if they might try to teach him. They had never taught deaf students and only one of the women spoke Spanish, but they sent for books on sign language, translated them and taught themselves and Rogelio, along with his six-year old sister.